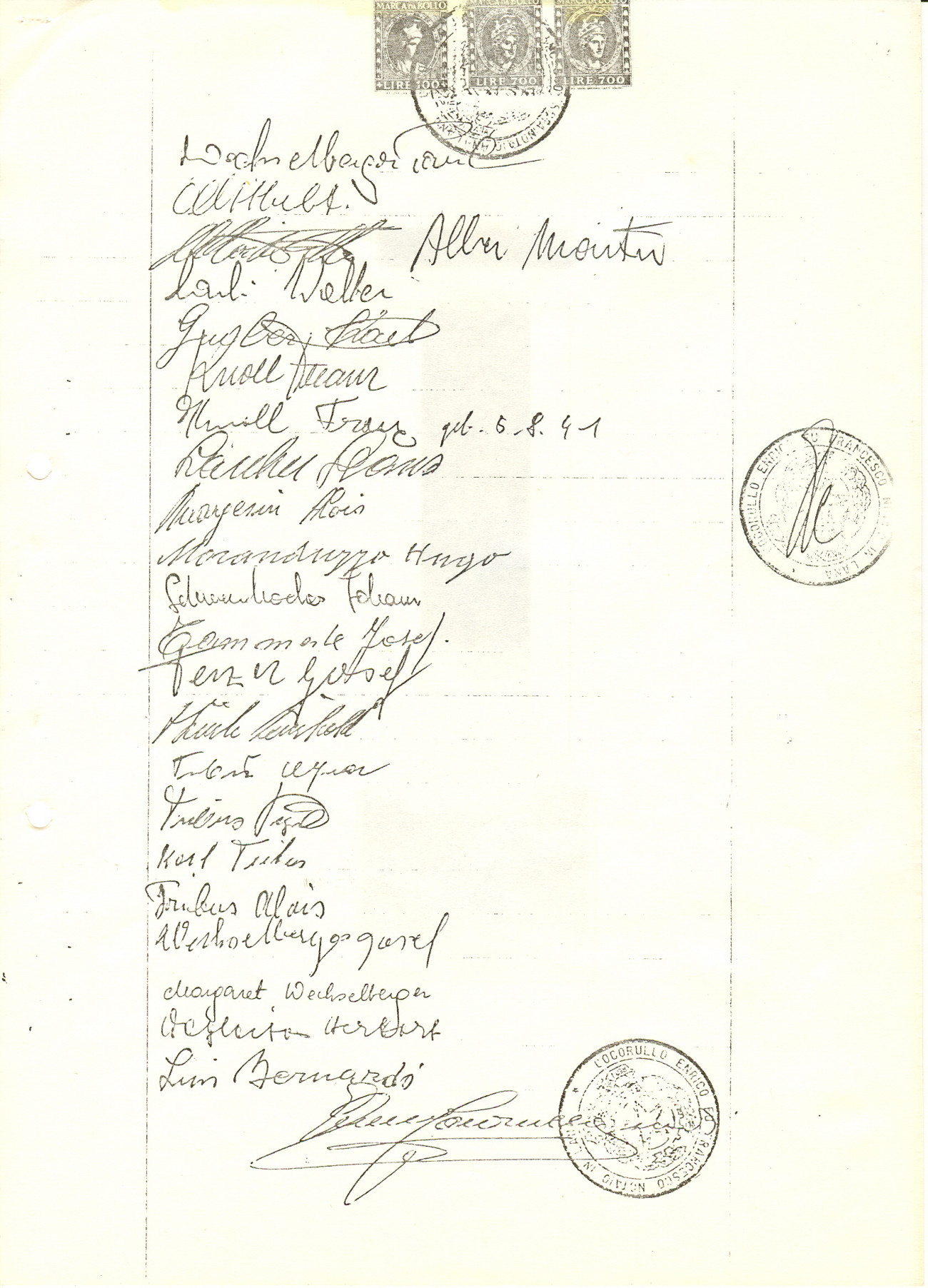 It was several decades ago when some fishing enthusiasts from Lana came up with the idea of founding a local sport fishing club. They tried to inspire other anglers with the idea and thanks to an intense word-of-mouth advertising campaign, around 70 anglers showed up at a meeting at the Gasthof Neufeld in the spring of 1977. At this meeting, 10 delegates were elected. These then selected the 25 founding members, who were to take all necessary steps to found the club. And so the club first began with the founding assembly at the Gasthof Krone on 30 April 1977. On 13 May 1977 the club statute was adopted, the founding protocol created and the first committee elected in the presence of the 25 founding members and under the supervision of the notary Dr. Cocorullo. The founding members were: Herbert Alber, Martin Alber, Walter Alber, Luis Bernardi, Walter Carli, Hermann Egger, Karl Gruber–Preitlad, Franz Knoll–Mairfeierle, Franz Knoll–Stöckler, Hans Larcher, Alois Toni Margesin, Hugo Moranduzzo, Johann Schwienbacher, Josef Tammerle, Dr. Hans Telser, Josef Terzer–Schaffer, Reinhold Thuille, Alfred Tribus, Vigil Tribus–Kobald, Karl Tribus– Kobald, Luis Tribus–Kobald, Josef Wechselberger– Köstenholzer, Paul Wechselberger–Köstenholzer, Margareth Wechselberger–Köstenholzer, Herbert Wegleiter.